Tad Cossins I have always loved horses. I cannot remember the horses my parents had in Ethiopia when I was young but I will never forget my first pony, Dolly. After we arrived in Australia in 1987, she became my best friend for years but eventually I began to grow and she did not. When I was twelve, Sandy Watt saw this and cleverly asked me ride one of his horses, Zephyr, in training rides to keep him fit. That was it – if Dolly had set me free on my parents cattle property, endurance riding would do the same thing as I grew older. Then came a horse with a long name and attitude – Dor Eleanor Park Islam, or Shy for short. Shy loved to dash around the first forty and then consider the job was done. We had all sorts of embarrassing ups and downs including him getting sick at Bentley; getting lost twice – once at Bendemeer and once at South Burnett - and once insisting on walking out on the second leg at Upper Corindi while everyone else rushed past. And once, just to show what he could do if he felt like it, he won BC at Tenterfield. In the years Shy and I rode I also spent part of each year living with my parents in the Western Himalayas in a former principality called Chitral, which made training a horse in Australia a little difficult. Maybe it was the high mountain air but I also grew a lot and Shy did not. So, one Chistmas in Chitral my parents gave me a photograph and told me that Eleanor Ramsay had purchased a 3yo bay mare for me. Her name was Jaytee Silhouette and for me she became a legend. We won our fair share of rides, took out BC a few times also, but best of all, Sil never ever vetted out. I don’t think it was only me – Syl was one of those amazingly sound horses who just seemed to know herself. I think the best ride we ever did was the Wiangaree Twilight in 2011. It was one of those humid days at the coast that never seem to cool down. Up in the forest it was torrid and even at 11pm that night it was still hot. A lot of horses just could not cool down and the vet-out rate was very high. The vets were trying their best to get everyone through but Sil did not seem to worry too much. Dad is a great strapper of course and we ended up first HW and BC. It wasn’t the first time but I knew then we would never do better than that. In 2013 I took Sil to Tenterfield. It was to be her last competitive ride. It was the usual 100km elevator but at 80 km Sil said to me it was enough. And it was. She vetted through easily as usual and that was it. Well, not quite. Waiting at home was a new young bay mare, Wollumbin Elle, eager and ready to go. Bred by Peter and Marissa MacDonald, everything looks good for Elle. But then again, with horses you just never know. In 2014 Elle, who is a size up from Sil, took me through her three novice rides with aplomb and became a full endurance horse. Now in 2015 Elle is ready to go. And of the others? Well, Shy is still with us in the Demon Valley. He is just as stroppy as ever, has very few teeth and costs a small fortune in gumnuts but one of my nieces loves him to bits and he still can raise a canter – for a short while anyway. Silhouette is also still with me, looking sleek and happy. She thinks she can still run but puffs a bit on the hills. I think perhaps she should have a foal or two because if they are only half as good as she has been they will be brilliant. And so we continue, my horses and I, and all my friends at Tenterfield. 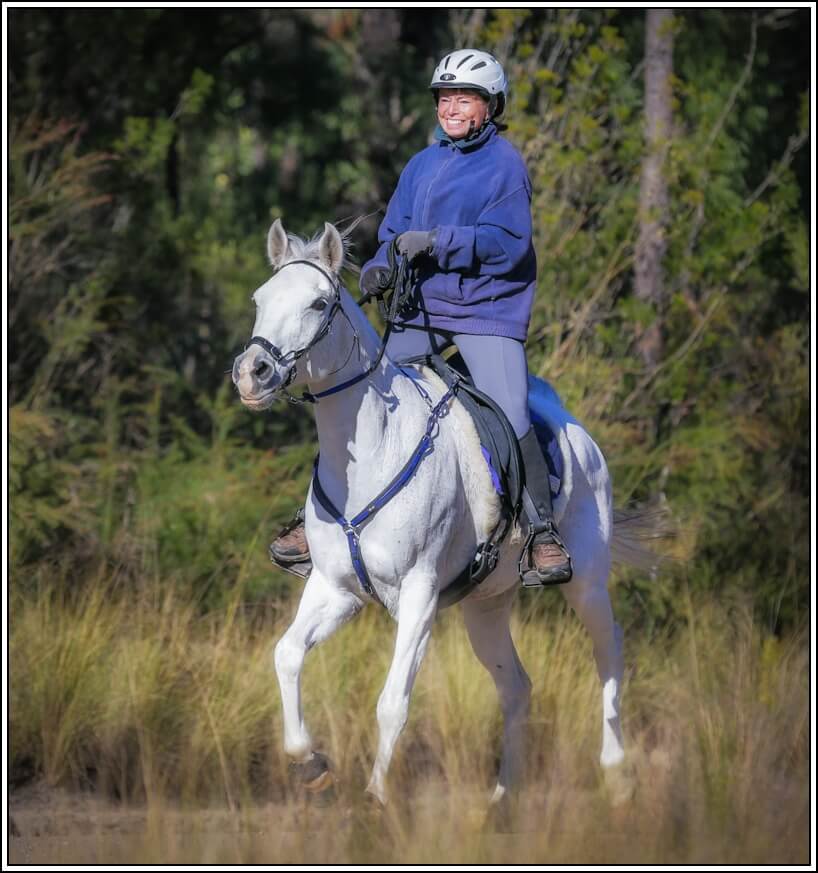 Caroline got involved in endurance riding shortly after arriving in Australia in 1988. Her first training ride was in 1990 and first […] 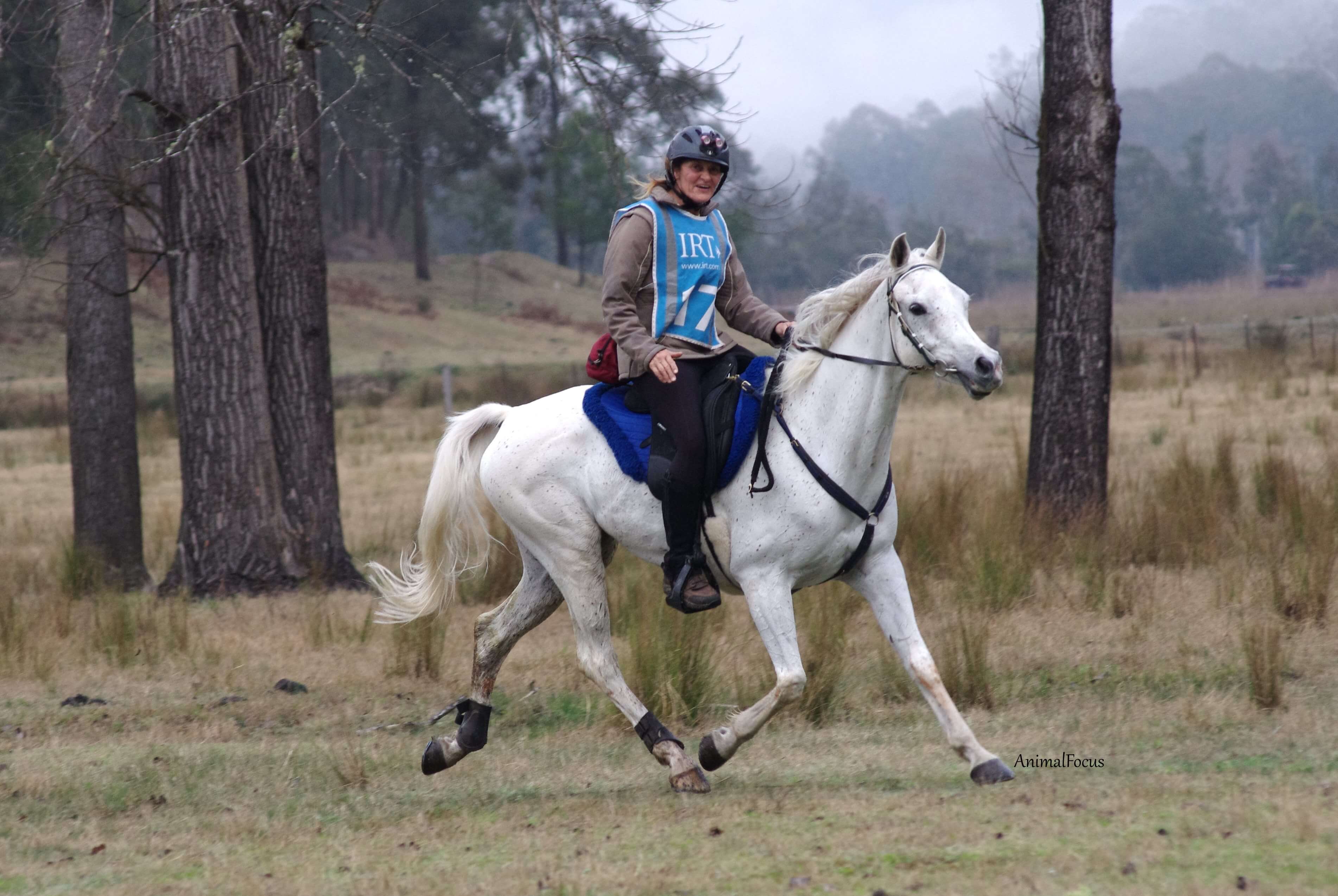 Narelle and I have been involved in Endurance for 18 years. In that time we have traveled to rides in Queensland, NSW, […] 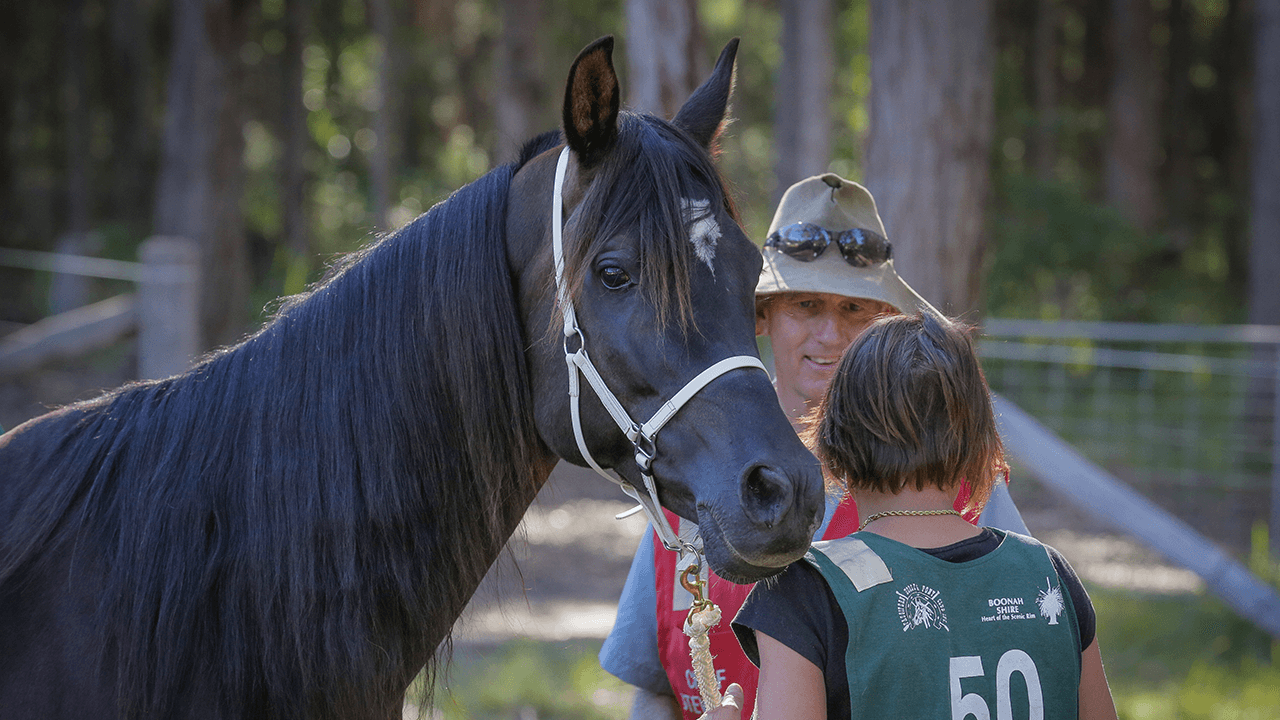 Michael first started endurance back in the 1989 and soon became part of the Tenterfield club. His two daughters found Endurance Riding […] 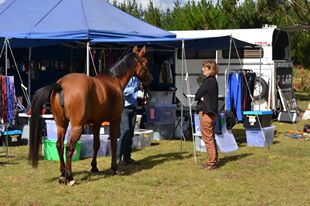