An enthusiastic, excited, although slightly apprehensive group of Members of the Tenterfield Endurance Club made the journey down to Wisemans Ferry to compete, strap, volunteer and work at this years Tom Quilty Gold Cup 50th Anniversary.

The ride was at the Del Rio Resort on the banks of the Hawkesbury River. It was a great setting with excellent facilities. Luckily we had good weather for the 6 or 7 days that we were there. Chilly nights and mornings with blue skies through the day, showers only on the night before the ride which made the traffic areas fairly boggy.

Three of our members were riding:

The apprehensiveness mentioned earlier was due to the enormous field- 342 starters- the biggest Quilty to date and possibly the largest Endurance field worldwide. As you can imagine the atmosphere was electric for the start of the ride with beautiful, well prepared, super fit Endurance horses, all on their toes anxious to get going, some more than others??

The course proved reasonably challenging and some sections were quite technical which slowed the field down somewhat. Our Club had fantastic success with all the riders completing in good times. :

The celebrations at the ‘After Party’ went well into the night. It was hard to believe we had all just been through ‘THE QUILTY’.

Our newest Member – Rachel Brown has ridden all her life but only started endurance in 2014. “It was something I had […] 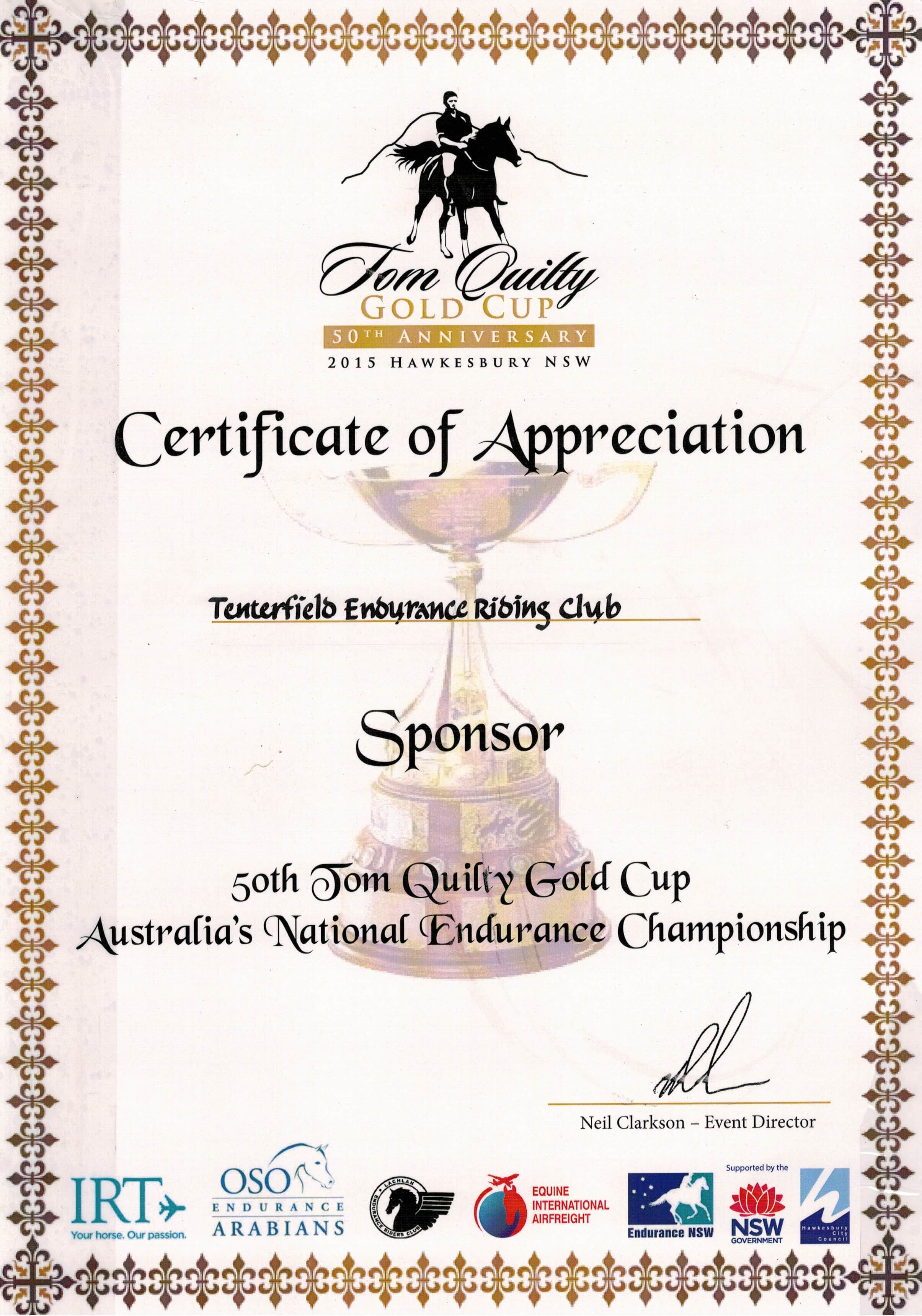 Certificate of Appreciation was received from the Tom Quilty committee as the Club had sponsored a buckle for some lucky rider.